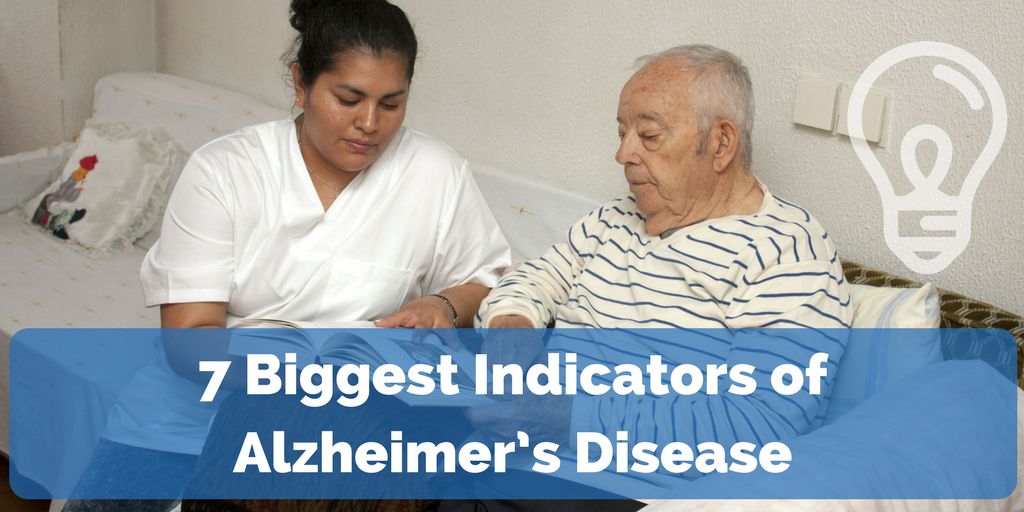 Sometimes, forgetfulness is more than a typical side effect of aging. Alzheimer’s Disease, the cause of nearly 70% of cases of dementia, can slowly erode a person’s memory and other important mental functions.

Alzheimer’s now affects nearly 5 and ½ million people; the majority of those affected by Alzheimer’s are over the age of 65. As the Baby Boomer generation ages, the number of people diagnosed with the disease is expected to increase dramatically, creating a demand for caregiving and medical attention that has been previously unseen in our history.

In 2015 alone, more than 15 million caregivers in the United States provided more than 18 million hours of unpaid care for Alzheimer’s patients. By 2050, one-third of Medicare dollars will be spent caring for Alzheimer's patients.

Even as its incidences rise, very little is understood about Alzheimer’s or its symptoms, many of which are mistaken for normal, age-related mental decline.

These are the 7 biggest indicators of Alzheimer’s Disease.

There's still alot to learn about this debilitating disease.

For those with Alzheimer's and for their loved ones, finding quality caregiving services is one of the most concerning aspects of dealing with it.

Allowing your loved one with Alzheimer's to remain their own home, even in later stages of the disease, is possible with the right caregiving service.

Bluebird Homecare's team is expertly trained in caring for patients with Alzheimer's. We value providing patients with AD or dementia the opportunity to remain in their own homes and enjoy their lives, while also receiving the very best care possible.

Contact Bluebird's team to learn more about our Alzheimer's caregiving services and how we can help your loved one live a better life, in their own home.